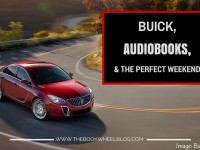 This article is Part 1 of a 3 Part series about my Buick experience. Check back on Monday for a more informal review and photos from the trip!Last week I had the opportunity to fly out to Big Sur, California and stay at the gorgeous Ventana Inn to test out the new Audiobooks.com integration with some new 2016 Buicks. It's … END_OF_DOCUMENT_TOKEN_TO_BE_REPLACED 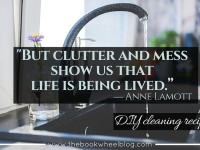 If you’re anything like me, you scrub your house from top to bottom when you have guests coming to visit. My parents are coming for Thanksgiving so I need to make it look like my poor husband and I don’t live like animals. And by posting about it here my secret is safe because my mother doesn’t know how to use the internet. Although Allison’s mom does so let’s hope she doesn’t … END_OF_DOCUMENT_TOKEN_TO_BE_REPLACED 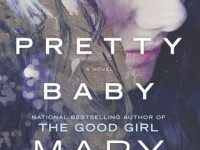 Thanks to BookBar for letting me borrow this book!What would you do if you came across a homeless teenage girl and her infant? Would you buy them a meal? Ignore them? If you’re Heidi, you take them home with you. This is where Pretty Baby by Mary Kubica kicks off and the ripple effect of her act of charity leave no one unscathed, including Heidi’s own husband and … END_OF_DOCUMENT_TOKEN_TO_BE_REPLACED 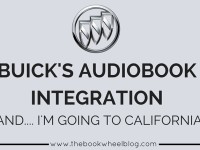 Did you know that Buick drivers are 30% more likely to listen to books for fun? Or that Buick has recently decided to cater to us bookworms by offering audiobook integration in their new vehicles? It's true! Not only is it true, but they are being so kind as to send me to California to test out the new service. Many of you know that I'm in love with Buick/GMC and share … END_OF_DOCUMENT_TOKEN_TO_BE_REPLACED 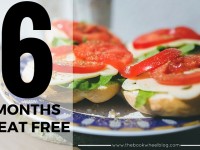 Until six months ago, if you asked me what kind of snack I wanted I would have said beef jerky, which is why my becoming a vegetarian was unexpected. It started out as a way to see if I could stick to a dietary change for a month, but during that time I read some books and watch some videos and became convinced that I wanted to give up meat for good. It was a surprise to … END_OF_DOCUMENT_TOKEN_TO_BE_REPLACED