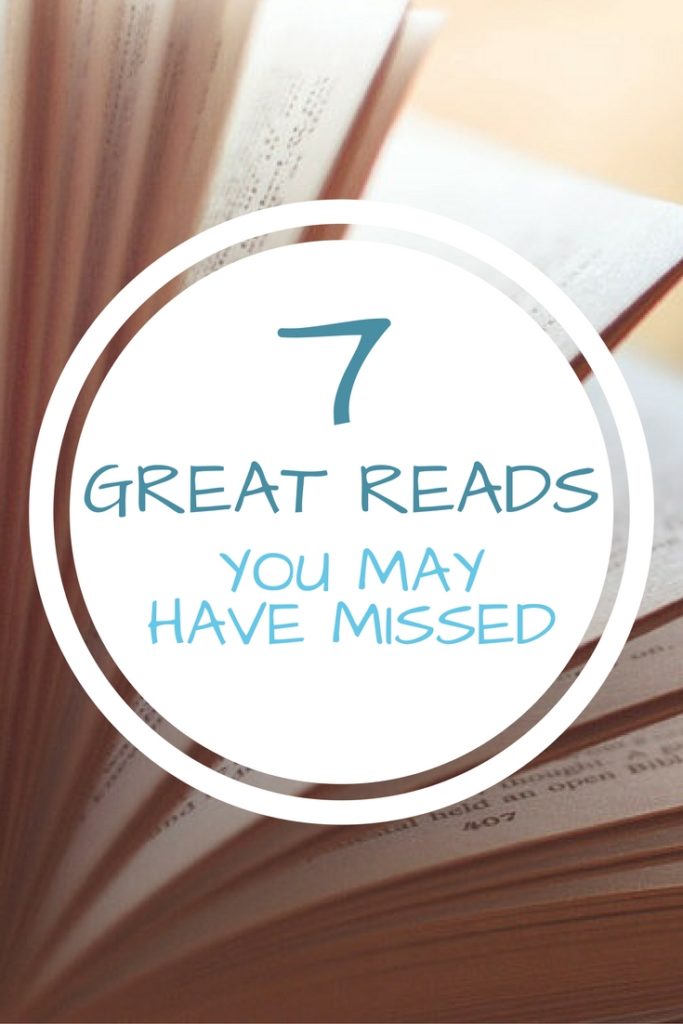 With so many books and recommendations floating around, it’s easy to miss out on those by lesser-known authors. The following 7 books are ones that I throughly enjoyed but that you may never have heard of. They range from women’s fiction to gritty gothic to those based on a true story, but all of them have stayed with me in some way. If you’re looking for a new book and want to take a risk on someone that may be new to you, I recommend starting here. In the meantime, you may also want to check out these book club recommendations.

Good House takes place in the future, in a world where a genetic marker for violence has been identified. In an effort to contain violent acts, children found to have the marker are raised in “schools” and, hopefully, taught to assimilate to normal society. Good House follows James, one of these kids, who makes friends with the daughter of one of the on-site scientists and what comes next raises questions about science, humanity, dignity, and freedom of thought and action. It’s a fast-paced read that skims the surface of many moral conundrums but will leave you pondering all of them. Read the full review.

Cementville is a semi-autobiographical novel about a small town that saw the deaths of 7 of its young residents in the Vietnam war. As the town grapples with its grief, underlying tensions rise to the surface and sends the town into a tailspin. It follows the stories of a few of the town’s families and residents and touches on subjects such as PTSD and what it’s like for a soldier to come home to a town drastically different from the one they left. Read the full review.

I’ve never read a Western before and while I hesitate to call this one, it’s the closest I can come to describing its genre. Far As the Eye Can See is the story of Bobby Hale, a former Union soldier who was known for gaming the system but is too sincere to be considered a conman. After the war, he travels the country in an effort to make sense of his world and befriends an eclectic group of characters. If you’re a fan of underdog stories, this is a good one. Read the full review.

The Prodigal by Michael Hurley

This Prodigal is a plot-driven novel with rich character development. The characters are as diverse as they are complex, and their emotions are palpable. At its core, it’s the story of four very different people who delve into the history of an ancient ship. But really, it’s about individuals battling their own demons and the fragility and vulnerability of the human experience. Read the full review.

You may not have heard of these 7 great reads, but you'll want to pick them up. Click To Tweet

You may have heard of Klaussmann by now because her second novel, Villa America, was quite popular earlier this year. While I loved both books, Tigers in Red Weather still remains at the top of my list. It’s one of the first books I reviewed, so it holds a special place in my heart. It takes place over the course of two decades, beginning with the end of World War II and into the late 1960’s, and is narrated by five characters. It is in the latter part that the characters try to recapture the joy they experienced on Martha’s Vineyard earlier on, only to have violence and secrets threaten to destroy their memories. It’s a subtle book where even the tilt of a head can have significant meaning and is perfect for readers who enjoy complex family-driven novels. Read the full review.

Happyland is a fictional novel about the American Girls founder but it turned out to be so spot-on that led to some disputes over whether it could be published. Eventually it was, and it’s well worth the read. Happy is a dollmaker who wants to buy up an entire town in order to turn it in to Happyland. But not everyone in the town is excited about the prospect and it pits neighbor against neighbor. It’s a classic case of protecting the old versus growing the new, with divides so deep that it leads to violent clashes and assumptions about intentions. If you’re political, like me, then it’s easy to see the debate over capitalism and will be relevant to today’s world in many ways. Read the full review.

Sometimes the Wolf by Urban Waite

Sometimes the Wolf is a gritty novel about a former sheriff released from prison into his son’s care. But putting the past behind him doesn’t come as easily as he had hoped and past mistakes threaten to catch up to him, putting everyone he cares about at risk. It’s set in a rural town and delves into the daily lives of mountain living, as well as what it means to seek redemption.  Read the full review.