Let’s be honest – we all judge a book by its cover. We try not to but, as with people, first impressions matter and certain “types” of books tend to have a similar style of covers, so it’s hard not to judge. I’m not going to include any example photos because I don’t want to call out any books and offend someone, but I’m sure you can picture a few from each category. So, here are 8 types of covers that will turn me off:

Passionate embraces on the cover. This includes anything with Fabio on it. I’m not a romance fan and if the cover features an embracing couple, it probably has too much lovey-dovey in it for me.

A solo photo of a dog on it. Don’t get me wrong, I love dogs. Love them. But I don’t particularly care for books that are only about dogs unless it’s one about my own, and because I haven’t written a book about them (yet), I’m going to assume it is not.

Guns. I’m not a fan of crime thrillers so a giant gun on the cover is not going to do it for me.

“Fashion” items. This includes coat hangers, dresses, and shoes resting on each other. These tend to be a little lighter than I prefer, so while I won’t pick it up on my own, I will consider it if it is recommended by a trusted friend.

Animal print. Confession: I’ve read my fair share of Jackie Collins novels and I enjoyed them. That said, I’m over it and animal print instantly reminds me of Ms. Collins, so I just can’t do it.

Eyeballs. Eyeballs freak me out, which means I’m not likely to pick one of these up simply because the cover will give me the shivers.

Vampires. Same goes for vampires, but I’m a little less picky about them if it’s recommended. Like Twilight.

What kind of book covers will make you walk away? 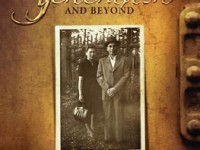