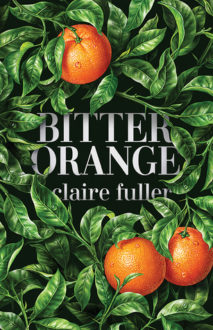 Shy and socially awkward, Frances was not one who made friends easily. For most of her life, she avoided social situations that would highlight her awkwardness and instead withdrew into her immediate surroundings. But when a job documenting the architecture of a rundown mansion came along, she took it. Remote and secluded, the mansion offered the exact type of living Frances was accustomed to and was seeking.

Who wouldn’t want to rewrite their past, if it means it will change their future?

Life, however, had other plans. Instead of reveling in solitude on a country estate, she found herself the upstairs neighbor to a boisterous and thrill-seeking couple who were on an adventure of their own. Cara and Peter were the exact opposite of Frances: outgoing, friendly, socially adept, and impossible to ignore. Alone in the house together, their worlds began to blend together, not least of which because of a peephole in Frances’ bathroom that allowed her to see her neighbors in an unguarded fashion.

Bitter Orange is a slow burn of a read – a subtle mystery that ignites a tumultuous friendship amongst a trio of lost souls who are each seeking absolution. Because though they find themselves in the same place and time, they each have a story to tell about who they were and who they want to be. This collision of past and future is what drives the story forward.

Bitter Orange by @clairefuller2 is another slow-burn of a read that you will want to escape into. Click To Tweet

As with her previous novels, Fuller has a way of slowly unraveling a story of complicated characters in a lyrical manner that softly ebbs and flows. I neither loved nor loathed them, yet I was drawn to them and immensely interested in their pasts (perhaps even more so than I was about their futures, in this case). It is also incredibly descriptive, and I could easily visualize the mansion and its estate, adding an element of richness to an already good story. And though it took a bit longer than expected to get into it, it was worth the wait and ended with a bang.

Recommended for: Readers looking for a subtle read with complicated characters and a setting that be seen.