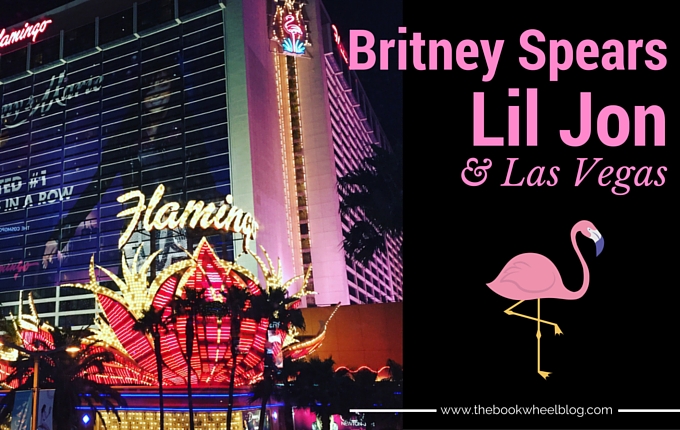 If you follow me on Instagram, then you know that I headed to Las Vegas to see Britney Spears over Labor Day weekend. This wasn’t my first (or second) time seeing the superstar, but it was my first time in Vegas and it was a blast. Britney was, of course, amazing and I’m thrilled that she has renewed her residency because now that I know how cheap the place is, I’ll definitely be going back.

We stayed at the Flamingo and had a view of the strip from the 19th floor, which was gorgeous, and had minimal issues with travel, although the fact that cab drivers can’t pick up patrons anywhere but the hotels was a bit infuriating when we were running late. We got to see the King of Crunk himself, Lil Jon, spent a bit of time gambling, checked out the Bellagio fountain, and ate at Giada’s (which was very disappointing). I also did my first Periscope broadcast and realized that I still don’t understand the platform and am not a fan, but at least I tried it, right?

I decided to drive from Denver to Vegas because I’ve never seen Utah and it was an absolutely gorgeous drive. A lot of people warned me that it was boring, but clearly they didn’t grow up with a father who was a geologist because I was fascinated by the rocks and stopped more often than necessary (which is why I got a hotel along the way).

By now you’re probably tired of reading about my trip and want to see the pictures, so here we go: