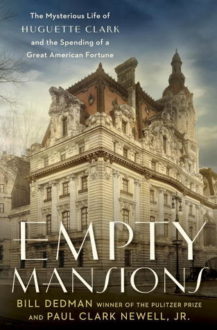 I love castles. I forget this and don’t make it a point to visit them, but every time I do I’m awed. Last year I visited Hearst Castle while I was in Big Sur, CA (courtesy of Buick), and not long ago I visited Bishop’s Castle here in Colorado. While Hearst’s is a sprawling estate at the top of a hill overlooking the Pacific Ocean, Bishop’s was (and is still) built by one man who is a bit of a local legend (you can learn more about him here). But it was after visiting Bishop’s Castle that I remembered I had Empty Mansions by Bill Dedman in my queue and was spurred to pick it up.

Empty Mansions, while somewhat about castles, tells the story of Huguette Clark, heir to an unfathomable amount of money. Her father was W.A. Clark, a senator, businessman, and Las Vegas founder who made most of his money in mining and left the bulk of it to his daughter. Today, W.A. would rank third on Forbes 400, which means a lot of money for Huguette. W.A. also came of age during the Gilded Age, and his reverence for the opulent could be found in everything he built throughout his career. And so, Huguette grew up with much more than she needed…. and in the public eye.

Huguette (who always had a strand of pearls around her neck) lived an intriguing and mysterious life that comes to light in this book and I had mixed feelings going into it. On the one hand, I knew that Huguette was a private woman and I harbored some guilt reading her life story (as I did with The Secret Rooms by Catherine Bailey), but curiosity got the best of me and I read it, anyway. To put into perspective how private she was, the last photo of her in public was at her honeymoon at the age of 22. In 1928. Yes, that’s right, 1928. A shy and reclusive woman who never gave out her number and interacted with people through doors and phones, her withdrawal began in childhood. She was an introvert to the core, but also to the extreme. Despite choosing not to interact with the outside world, she was perfectly capable of doing so. A delightfully stubborn woman, she frustrated friends, family, lawyers, and caretakers with her steadfast belief that she would live life on her own terms, even if it cost her dearly.

“What had seemed suspicious from the outside turned out to be a secretive woman of relentless generosity.”

Like her introverted parents, who gifted everything from Stradivarius instruments to building Camp Andree for Girl Scouts, Huguette shared her wealth. Although she didn’t personally interact with many people, she changed lives the world over with her generosity, supporting family, artists, families of former employees, and friends.Her nurse, for example, was gifted cars, houses, apartments, and monetary gifts for taking care of Huguette (which became a point of contention later on). This came at a price, though, and her penchant for gift-giving raised a few eyebrows that landed her in some financial “trouble” (relatively speaking) and left some questioning whether she was of sound mind. This is, in part, because, despite being healthy for the last 20 years of her life, she chose to live in a small, rundown hospital room, not in any of her many mansions or suites available to her.

Questions about her soundness of mind also arose from Huguette’s peculiar habits. She has a deep love and appreciation for dolls and dollhouses, particularly Jumeau dolls. She spent millions commissioning dolls and dollhouses, even when she was running out of liquid assets. This, on its own, might not have been so odd, but Huguette stored these in her main home, even though she never actually spent any time in it or her many mansions, which remained as they were decades upon decades earlier.

What intrigued me the most about this book was why Huguette lived the way she did. While her doll collection was over the top and it seems silly to keep so many residences she never planned to live in or visit (she refused to sell), I found myself wondering what triggered her life of reclusion. I’m hesitant to say she’s simply an introvert, for she lived the reclusive life to the extreme. Was it because she grew up in the spotlight? Because she wanted to live simply? The trauma of losing her sister? Was she shocked out of society by her father’s many scandals (and there were many)? I will never know the answers to these questions, which makes Huguette all the more intriguing.

Of course, not everyone found her intriguing – some found her to be an easy mark. Or so they thought. From family to Beth Israel (where she stayed) to H&R Block and CitiBank, big business did everything in their power to shake her down. Reading about how they treated her and the theft of her money and jewelry sickened me. I know it shouldn’t surprise me but the audacity of some of these agents who capitalized on her need for privacy to further their own coffers is disgusting.

But even when it seemed that the world was conspiring against her, Huguette remained true to herself. Her stubbornness, which can be frustrating at times, became one of her greatest assets and I can’t help but lament the fact that I only learned about her after her death – I would have loved to have written her a letter (even if she never would have responded). She was a fascinating woman who became more and more so with each new tidbit I learned about her and I can’t wait to read another book about the Clarks.

Recommended for: Readers who love learning about complicated (real-life) people and are enamored by the glamor. 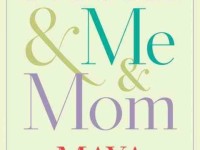 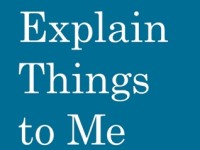