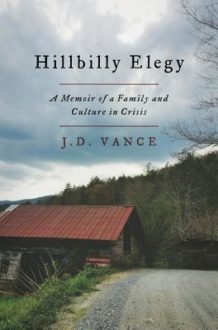 J.D. Vance grew up poor with a mother who battled addiction and watched as countless men came in and out of their lives. Violence was commonplace, both within the home and around them, and loyalty to each other was paramount to almost all other values. In Vance’s words, he grew up in a classic hillbilly family, where you stick together even when things get bad. In his widely popular bestselling memoir, Hillbilly Elegy, he opens up about how his upbringing impacted him both as a child an adult, and how his grandmother helped him to escape it. Hillbilly Elegy is Vance’s way of sharing his story, but it’s also a way to shine a light on the viewpoints of those who grow up poor in the Middle America; and why they voted for Trump (although he’s not mentioned by name).

Like many families, Vance’s family migrated from Kentucky to Middletown, Ohio, which was supposed to provide a better life for those who escaped. But with so many fleeing from and arriving in the same place, the culture they sought to leave behind followed quickly behind. By 13, Vance knew about things that no 13-year old should know, such as abuse, addiction, and promiscuity. For him, the worst part was the men that came in and out of their lives; unlike many stories of abuse, Vance’s experience with these men were largely positive. Even the men in his family who committed crimes were figures to look up to, because at the end of the day family is family.

There are several great reviews about this book that highlight the plight of Vance and how, with the support of his grandmother, he eventually escaped into the Marines, but I was particularly intrigued by the politics that fostered the climate he grew up in. There is a lot of talk about the relationship between minorities and poverty, but less exposure is given to poor, white communities. According to a 2011 Brookings study,“Compared to 2000, residents of extreme-poverty neighborhoods in 2005-09 were more likely to be white, native-born, high school or college graduates, homeowners, and not receiving public assistance.”

Hillbilly Elegy is the story of what it is to grow up in the rural backdrop of Middle America. Click To Tweet

According to Vance, current policies don’t do enough to address these issues. That’s because many of the policies are driven by people who don’t understand the Middle America, particularly the Appalachian, culture. Where he grew up, there’s little “little trust in the press, there’s no check on the Internet conspiracy theories that rule the digital world.” Furthermore, what constitutes full-time employment doesn’t always line up with the government’s idea of full-time work, which can can create self-imposed limitations that perpetuate the cycle of poverty. According to Vance, “Powerful people sometimes do things to help people like me without really understanding people like me.” This line is very telling, for Vance recently announced that he’s moving back to Ohio to help work on the issue.

What’s interesting about Hillbilly Elegy is that while the author knows, in the abstract, that he was lucky, he seems almost distanced from it in the way that he tells his story. This is likely because it is difficult for him to write about his past and may also explain why he qualifies his successes. Vance is considered to have “made it” – good grades, good schools, good jobs, etc., but the way that he talks about them makes me think he doesn’t quite believe his own success; it’s as if he’s still trying to prove to himself that he made it. It’s an oddly executed dichotomy but it also makes Vance more sympathetic.

“My self-image was bitterness masquerading as arrogance.”

While Vance doesn’t directly address the 2016 election, he has since discussed it in interviews. In the book, however, he does touch upon why President Obama feels so alien to Middle America (he’s successful, polished, and went to an Ivy League school). He also discusses that there is a cultural movement among the white working class to blame things on others, such as the government, which certainly came to light during the presidential campaign. According to Vance, “Hillbillies need to ask themselves what is a personal choice and what is being done to them,” and offers a stern warning that policies can’t change cultures. Instead, it is up to the hillbillies themselves to change the culture from within by recognizing that their actions can and will harm their children’s futures by taking responsibility for their own actions rather than blaming others.

Hillbilly Elegy is a stunning portrayal of what it is to grow up in the rural backdrop of Middle America, but it’s so much more than that. It’s about social mobility, what defines a family, loyalty, and a culture that is holding itself down. It explores why those who grow up in poverty will likely remain so and offers a promise for solutions that are outside the realm of current policies.

Recommended for: Hillbilly Elegy is a must-read for anyone who wants to know how Donald Trump could be our president-elect. 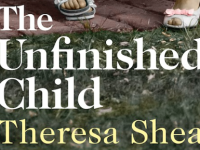 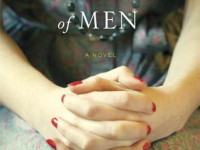