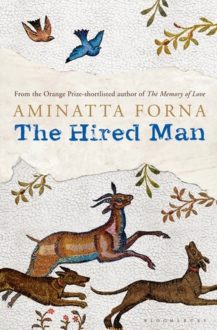 The Hired Man by Aminatta Forna is a haunting tale that you know from the first few pages is a book you want to read slowly so as to savor it. Set in the small town of Gost, Croatia, this relatively quick read is a story about the sorrows and tragedies of the aftermath of war and the power of perseverance in spite of it all.

When an English family buys a rundown home in Duro Kolak’s hometown, the local man is compelled to offer them his handyman services. As he gets to know the family, including the wistful mom, surly teenage son, and bright and inquisitive daughter, Duro finds himself remembering the past in vivid detail. Told through alternating time frames – present day and Duro’s flashbacks –The Hired Man takes the reader on a journey through Duro’s life and the complex relationships between those in a small, war-torn town in the process of recovering, where one action can reverberate for decades to come.

Because it’s a small town, it comes as no surprise that Duro knows about the house he is sprucing up,  but as the story unravels the reader is brought into a world that is as interconnected as it is fragile. It is during this unraveling  that the reader learns that Duro’s actions, although kind, are not necessarily altruistic.

The Hired Man is a book meant to be absorbed, rather than just read, and with the turning of each page, a new layer is revealed. The only thing about the book that I found difficult was that the flashbacks aren’t clearly delineated in the ebook version and, although it’s fairly easy to pick up on the changes, it caused some confusion in the beginning. Other than that, it’s a great and solemn read about personal sorrow, regret, and how these emotions are impacted by living in a town in the midst of recovery. 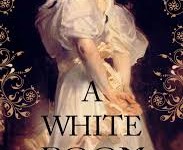