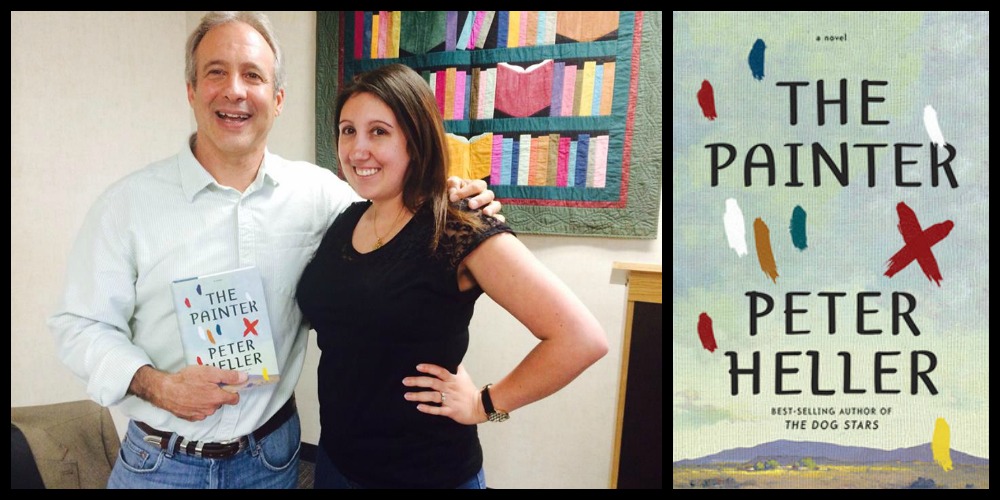 Last week, I attended a reading and signing with Peter Heller, author of The Dog Stars and The Painter. A Denver resident, Heller finished his weeks-long book tour at a local library in Parker, CO. An avid outdoorsman who got his start writing for Outdoor magazine, Heller is somewhat of a local legend and his books draw from his real-life experiences, including people he has met.

Over the course of the reading, Heller read three separate passages, taking time between them to expand on the storyline and to discuss the inspiration behind the book. He shared several personal anecdotes, such as his father reading him e. e. cummings when he was a child (joking that it was grounds to call social services), his misguided decision to pursue an English degree at Dartmouth, and how reading Hemingway’s In Our Time at age 11 (upon a lovely librarian’s recommendation) changed his life. He also shared his creative process, noting that rather than outlining his books, he writes the first sentence and goes from there. The ironic part about his process is that the Denver Post named him a Top Thinker, despite him writing books while chanting “don’t think, don’t think.”

Perhaps most interestingly, Heller shared that the main character, Jim, is actually based on a real painter named Jim Wagner. It wasn’t until Heller was deep into writing the book that he realized that he was, albeit unwittingly, creating a backstory for his character that mirrored the real Jim’s life. Luckily, real-life Jim was okay with this and encouraged Heller to go on and finish the book he was working on.

With a voice like identical to Kevin Costner’s and an infectious laugh, I became and instant Heller fan (despite not having read his books yet). His quick wit and thoughtful answers to readers’ questions make it impossible not to pick up on his sincerity. It’s equally easy to see Heller writing his book or kayaking down a rocky river, both of which he does regularly. If he ever comes to a bookstore near you, I highly recommend stopping by. In the meantime, pick up your copy of The Painter now!

Check out this spotlight on Peter Heller.