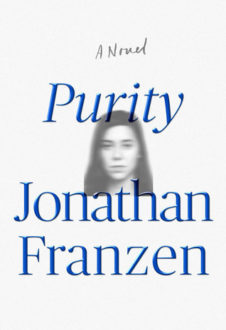 When it comes to Jonathan Franzen, people tend to either love him or hate him. Part of this is because he has a reputation for being wordy, but more likely it’s because a lot of people think he’s a jerk. As for me, I don’t pay too much attention to his public battles and love his books. Purity is my second Franzen novel and while I didn’t quite know what I was getting myself into, I expected a complex narrative, flawed characters, and heavy social commentaries. Franzen delivered all of this and more and the result is a book that I won’t soon forget.

… how terrible the world was, what an eternal struggle for power. Secrets were power. Money was power. Being needed was power. Power, power, power: how could the world be organized around the struggle for a thing so lonely and oppressive in the having of it?

Purity, in a nutshell, is about a young woman named Pip. In many ways, Pip is your average millennial with a college degree – she’s renting, has a ton of debt, and is struggling to find a decent paying job. What’s not so typical is that she grew up with an eccentric mother (whose real name she doesn’t know) and has no idea who her father is. Convinced that the secret to all of her problems is figuring out who her father is, she ends up in Bolivia working for a hacktivist leaker named Andreas Wolf. Wolf is an interesting (and primary) character in his own right. Being in the business of exposing secrets, one might expect him to be beyond reproach, but real life isn’t perfect and everyone is hiding something. When Wolf and Pip meet, something in both of them shifts, unleashing a cacophony of events that weave together so intricately that I can’t imagine the story unfolding in any other way.

While Purity is mostly about Pip and her journey to seek the truth about herself and her family, it’s told through the eyes of alternating characters and takes the reader to Germany, Bolivia, and Denver. Because I live in Denver, I must point out that Franzen does an excellent job describing the city, its weather, and its culture, so I assume his rich descriptions of the other places are equally accurate. Each section is richly detailed with narrator’s history, so the reader gets a three-dimensional view of the good, the bad, and the ugly. Franzen lets us in on more than the characters themselves know, giving us the feeling that we are in on a secret, which plays well into the discussions about secrecy and transparency. It also plays well into the name of the book itself – Purity – which calls to mind images of innocence, cleanliness, and the sloughing off of dirt.

Purity is one of those books that I enjoyed reading but appreciate even more now that I’ve finished it. Franzen is quick to offer up social commentaries but he carefully crafts them so that they peel away layer by layer. It’s only when the book is finished that you realize exactly how much he had to say and how he said it. From porn to the meat industry to government regimes, Franzen shines a light on the darker sides of humanity, which can be disturbing, but if you know Franzen then you know to expect this. Given that the book is about a leaker, it’s not surprising that the issue of transparency and open government came up, which was particularly interesting to me because I wrote a paper about exactly that in graduate school. But perhaps most striking was his implied commentary on mental health, a topic I hadn’t expected to be tackled and that I didn’t realize was displayed so prominently until I finished the book.

By the end of the book, I knew that Purity was one that was going to stick with me and I have a feeling I’ll be going back to reread passages in the weeks to come

. I’m a sucker for books with social and political commentaries (such as Babbitt and American Gods), so while this is a novel and is meant to tell a story, it raises issues I’m still pondering. In time, I may forget the specifics about Pip, Wolf, or the other characters, but the issues I will not.

Recommended for: Fans of layered stories, flawed characters, and social and political commentaries.

How do you feel about books that offer a social commentary? 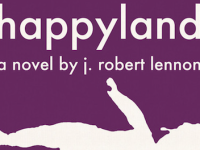