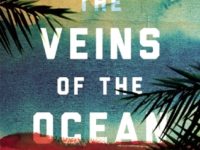 Reina had a hard life. Her relationship with her mother is complicated and she was raised believing she was cursed. By the age of 30, her brother was convicted of murder and sentenced to death. Living with her own private guilt for her role in her brother's crime, she gave up her own life to remain by his side as best she could. So when Carlito dies, Reina is forced to … END_OF_DOCUMENT_TOKEN_TO_BE_REPLACED