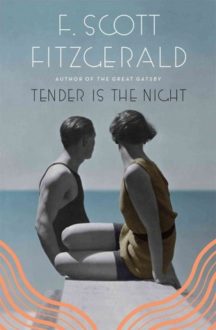 I recently read Villa America by Liza Klaussmann, which was about Sara and Gerald Murphy. The Murphy’s were two ex-pats who more or less started the 1920’s lifestyle of parties and glamour on the French Riviera and, coincidentally, served as the inspiration for F. Scott Fitzgerald’s Tender is the Night. Having never read this classic, I was inspired to read it because I had the Murphy’s on my mind and I had a lot of fun making parallels to Klaussmann’s novel.

Tender is the Night is about Dick and Nicole Diver, the well-to-do American couple living in Paris who throw fabulous parties. They live lives of decadence that others merely dream of and are the envy of all of their friends, including young Rosemary, the Hollywood starlet that Dick falls in love with, thus kicking off a story so tragic that it’s difficult to read and yet impossible to put down.

The book started out great, but around page 100 it started to slow down a bit. Just as I was getting to the point where I was struggling to pick it up, there was a revelation that captivated my attention and I raced through the rest of the book. It remained dreary, which was to be expected given the subject matter, but I found myself with an incredible amount of sympathy for Dick, which surprised me because I expected to have more sympathy for Nicole. I’m still sorting out my theories about certain motivations and actions of the characters (why did they get married? What does it mean to be in love? How sick is sick?), but the fact that I’m still thinking about these things is proof that there is a reason this book is on the 1001 Books to Read Before You Die list.

Tender is the Night is as stunning as it is tragic. Read the review. Click To Tweet

I would also be remiss if I didn’t mention the writing. Do people even write like that anymore? Every time I read Fitzgerald (or one of his contemporaries) I’m blown away by the ways in which they describe things and wonder how it is possible for someone to come up with such stunning prose. For example:

And lastly, perhaps my favorite quote because F. Scott Fitzgerald (Francis Scott) is a descendant of Francis Scott Key, who wrote the Star-Spangled Banner:

Now, take a moment to think about these quotes and try to figure out exactly what the cadence of running water sounds like and if you’re intrigued, read this one.

Recommended for: Those who love the writing styles of the 1920’s American classics and are still thinking about what running water sounds like when it comes to human voices. 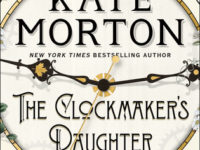