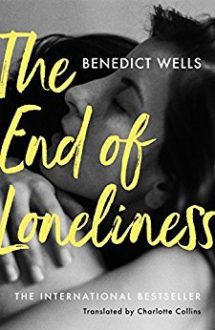 When Jules was in elementary school, he lost both his parents and was shipped off to boarding school, along with his two older siblings. Awash in grief and disbelief, he folded into himself, casting off his previous self in an effort to simply survive the new life fate had thrown at him. For his siblings, coping manifested in different ways – his sister’s cool detachment and penchant for recklessness and his brother’s obsessive need for order and success. Unsurprisingly, they were each searching for a way to end their loneliness and in doing so, drifted apart.

A difficult childhood is like an invisible enemy, I thought. You never know when it will strike.

The End of Loneliness by Benedict Wells is an apt title for a book that is premised upon lonely characters. There are some who are never physically or emotionally alone, yet who feel alone. There are those who find friendship as a result of their loneliness. Then there are those, like Jules, who use their loneliness as a crutch, a way to blame it for the trajectory of their lives, even if they don’t quite know how to name it.

Introspective and contemplative, Jules was steeped in the past and never quite able to shake the feeling he had when he was left to fend for himself at boarding school. Even at a young age, he spent more time thinking about how the past impacted his present than how the present could impact his future. This didn’t bode well for interpersonal relationships, but in Alva, he found someone who understood. They met at boarding school, and because Alva was fighting her own sense of loss, they found a way to face the world together.

The End of Loneliness reminds us that whether lonely or alone, looking into the past can blind us to our futures. Click To Tweet

But life happens and after high school they went their separate ways following a disagreement. Jules had a difficult time living a life without Alva by his side, but several years later, fate put them in each other’s path again. What follows is a tender story that, as is characteristic of Jules, looks back on how past actions affect the present day.

The only way we can overcome the loneliness within us is together.

The End of Loneliness is not a cheerful book, but it’s one that all of us can relate to. After all, part of living life means feeling alone. Although Jules suffered an immense loss at a young age, there is a turning point in each of our lives that we can point to and say, “that’s where it all changed.” Indeed, there’s only one of each of us and how we experience and see and go through the world is unique to only ourselves. We all have regrets and can look back on people we wish we were still in contact with, and we can all get stuck wishing the past were different and be paralyzed at the thought of moving forward.

The questions left for Jules to answer are, once he realizes what he is doing, will he change course and focus on the future? Will finding old friends who saw his potential propel him into the future or push him even further into himself and his past? These are all questions raised in this book and though it’s a darker read, it left me fulfilled.

Recommended for: Readers looking for melancholic book to escape into without being overly depressed. 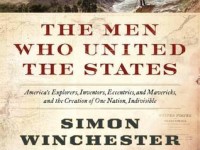 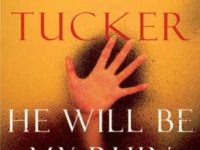