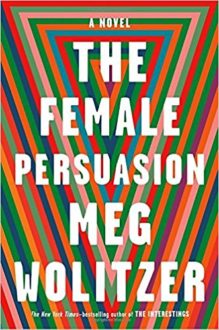 The Female Persuasion by Meg Wolitzer
Also by this author: The Wife, The Interestings
Published by Riverhead Books on April 3, 2018
Genres/Lists: Fiction
Pages: 464
Read synopsis on Goodreads
Buy the book: Amazon/Audible (this post includes affiliate links)

I’ve read two books by Meg Wolitzer – The Wife and The Interestings. One I loved, the other I was underwhelmed by. Her latest, The Female Persuasion, was the book that would tip the scales on how I feel about her books and wow, did she convert me into a fan.

In addition to being a great story, The Female Persuasion had my mind doing mental flip flops on what it means to be a woman in today’s world, how much we internalize the normalization of a male-dominated society, and how we all equally contribute to the success and failures of feminism and other women, generally speaking. It is a story of relationships between women – comfort, friendship, implicit and explicit competition (even between those who love each other and want what’s best for each other) and it is amazing.

I think that’s what the people who change our lives always do. They give us permission to be the person we secretly long to be but maybe don’t feel we’re allowed to be.

The book starts out with Greer meeting a Gloria Steinem-like feminist icon named Faith in her first year of college. Shy, studious, and not one to make waves, Greer is instantly drawn to Faith. But because she in the midst of the phase of self-discovery that only comes to us in our late teens, Greet sets off to chart her own path, oblivious to how Faith will shape her life. The rest of the book tells the story of how this encounter irrevocably changes her life. Over the next ten years, we see Greer falter and thrive in both her personal and professional lives. Faith plays a major part in this and has a hold on every fiber of Greer’s being, though neither seems to be aware of the depths of her power.

But more than the story itself, this is a book that really made me question what I know about feminism. It touches on the realities of date rape, guilt, and societal pressures. It delves into how gender can dominate and change the dynamics of the workplace. It highlights the struggles young women face when they are sent into the world; a world where societal and social structures set you up to fail.

What really got me, however, was how much it made me think about the intersection of privilege and feminism. There are so many strong women in this book, and all come from a different background and have different dreams pushing them forward. But what was most obvious to me was the differences in how they acknowledged the privilege (or lack thereof) their upbringings and situations gave them.

One rhetorical conversation I had with myself after finishing the book went like this: I want equality but benefit from privilege. To acknowledge this privilege is difficult because that requires that I continuously make an effort to combat it. But isn’t that, in a way, combatting my very being because that privilege is what helped make me the way I am? Does denying it mean denying myself? Can you ever really escape yourself, even when your goals are worthy? Does intent outweigh the past or do we all, like Wolitzer says, have a “degree of awfulness” in us? At what point do we focus on daily sexism versus upending the entire system, and to what extent are they interrelated? How can someone who wants to do both elevate the voices of those who are truly marginalized, and at what point is elevating that voice co-opting them? How do we do better and does anyone ever get it right?

As women around the world struggle to find their place, #TheFemalePersuasion by @megwolitzer combines feminism, privilege, and power in one fierce book. Highly recommended. Click To Tweet

I don’t know the answers to these questions, but they do force me (and the reader) to take a hard look at what their personal views of feminism are. Are we someone who publicly rages against the forces that keep women down while silently accepting the life we get to live as a result? Or are we doing everything we can by leveraging our privilege to make it better for those who don’t have a voice that is being heard? Or are we someone who, like Greer, is unable to see our own privilege (and who gets to decide that?), and how destructive can that be?

I also found myself wondering about what it means to be lonely. Does being strong and independent mean being lonely? Does a crusade leave room for others in your life? Faith, for example, was incredibly desired, but was she was fulfilled? I felt there was a sadness to her that contrasted with Greer’s fearful optimism and was left wondering whether you can be both admired and fulfilled. Or, does the constant demand to do more for others preclude personal contentment? And how much of this self-sacrifice is worth it, or does it matter so long as the person doing it feels fulfilled? And what is fulfillment, anyway?

Like I said. It raised some questions, which is why I think you should read it and ask your own.

Recommended for: Anyone interested in a book that will have you doing mental flip flops over what it means to be a woman in today’s world. 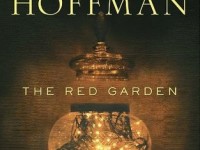