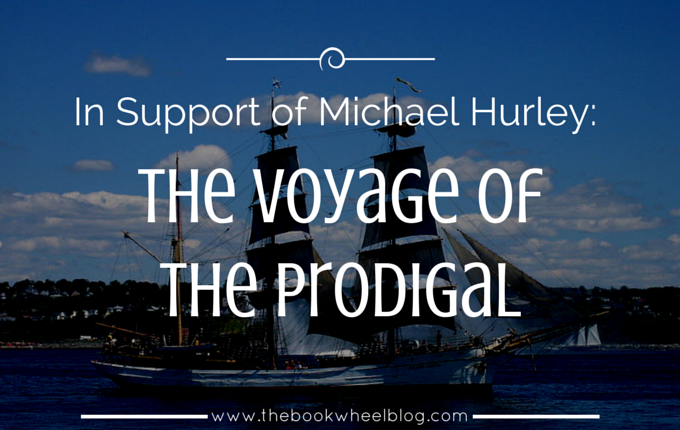 Today I’m sharing the story of one of my favorite authors, Michael Hurley. I first discovered him when I read his book, The Prodigal, an incredible book that inspired me to invite him to the first annual #30Authors event last year. Since then, we’ve fostered a sort of literary friendship, so when I first heard that he was heading out on a solo voyage from South Carolina to Ireland, I knew I wanted to support him. Last week, just days before his journey, he shared his personal reasons for doing so. You can read the entire essay on his site, but I will share the following excerpt:

Whereas I had once expected this passage to last three months and begin a series of summers off from teaching, during which I planned to squire my little boat around the world and store it in various foreign marinas along the way, it has in the last few weeks become something else entirely. When I leave, Susan and I will begin a period of legal separation a few months ahead of what would have been our fifth wedding anniversary. She has made it clear she does not wish to keep this a secret any longer, which is a far better decision than my dysfunctional preference to keep up appearances while I fade into the sunset. Although our marriage has not been marred by infidelity, the ending of it is no less necessary and, for me, no less filled with a deep sense of sadness and shame.

So why am I sharing the personal pain of someone else? Because Michael has set up this great page that allows us to track his progress and, more importantly, to send him messages of encouragement. I plan to message him fairly regularly, but he doesn’t know that because he won’t be reading this post. But the primary reason I am writing this is to encourage you to do the same – I implore you to head over to his page and send a message of support. Given what has prompted his journey, I know that it will be very much appreciated and I would love to show this #30Authors supporter that the world, in turn, supports him.

I thank you in advance,

Support author Michael Hurley on his solo voyage from SC to Ireland by sending him a message! Click To Tweet