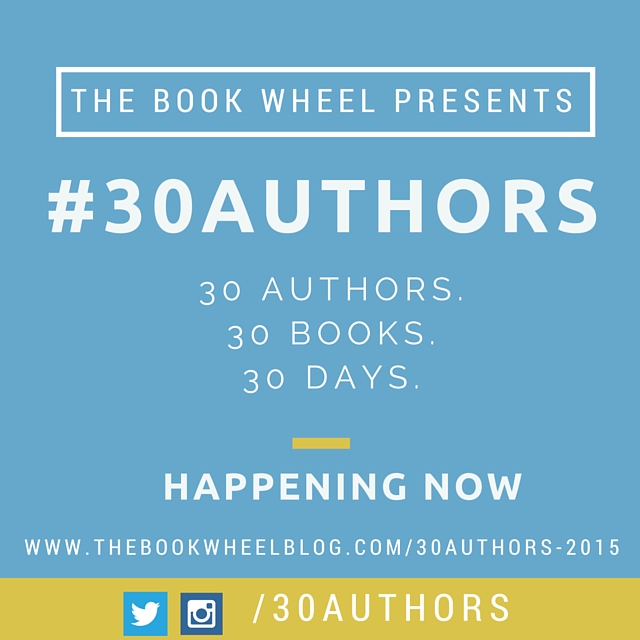 #30Authors is an annual event connecting readers, authors, and bloggers. Throughout the month of September, 30 authors review their favorite books on 30 blogs in 30 days. The event has been met with incredible support from and success within the literary community. In the six months following the event’s inaugural launch, the concept was published as an anthology by Velvet Morning Press (Legacy: An Anthology). Started by The Book Wheel, #30Authors remains active throughout the year and you can join in the fun by following along on Twitter at @30Authors, using the hashtag, #30Authors, or purchasing the anthology. To learn more about the event and to see the full schedule, please click here. 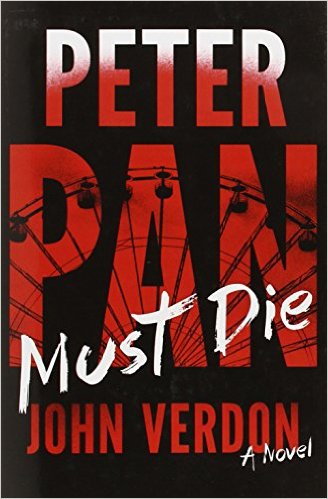 For me, the only thing better than a good whodunit novel is one that is also a HOWdunit.  If there is one crime novelist I admire for his ability to design crimes that baffle readers until the final pages, it is John Verdon.  Around the time I was seeking blurbs for my first novel, Resolve, I had recently finished Verdon’s brilliant debut mystery Think of a Number.  I immediately contacted Verdon and asked him to look over my manuscript and, if he was willing, provide a blurb for the book jacket (which he did graciously provide).

Verdon’s latest book, the forth in a series, has possibly one of the best… titles… EVER.  It’s called Peter Pan Must Die.

Not Peter Pan Should Be Maimed.

I mean, if you are going to go after a character beloved by children all over the world, then go all out!

Of course, this incarnation of Peter Pan is a little (pun intended) different.  Verdon’s Peter Pan is an incredibly skilled and elusive assassin who has a spooky childlike appearance.  He is cold.  He is calculating.  He is violent.  In sum, he would be a pretty terrible role model for children.

Of course when you think about it, the original Peter Pan used to sneak into the rooms of children and teach them to “fly” by giving them magical “fairy dust”, so that dude was a little creepy too.

As with Verdon’s first novel, the best part of this book is the challenge of figuring out how the crime occurred.  Verdon’s protagonist Dave Gurney uses his keen analytical skills while attempting to prove the innocence of a woman convicted of killing her husband.  The cerebral nature of Dave Gurney will be attractive to mystery readers who tire of superficial characters who rely on brawn more than brains.

Additionally, readers can pick up and enjoy Peter Pan Must Die even if they have not read any of Verdon’s previous works as he does a wonderful job of writing each book in the series as a stand-alone story.

If you like crime novels that stand out from the rest, be sure to read Peter Pan Must Die.  If nothing else, you can leave the book on your coffee table, as the title is a great conversation starter!

(Unless you have small children in the house who will read the title and subsequently question your bizarre murderous intentions.  In that case, it may be better to keep the book out of their sight.)

About the Author
Buy on Amazon
View on Goodreads

J.J. HENSLEY is a former police officer and former Special Agent with the U.S. Secret Service who has drawn upon his experiences in law enforcement to write stories full of suspense and insight. Hensley, who is originally from Huntington, WV, graduated from Penn State University with a B.S. in Administration of Justice and has a M.S. degree in Criminal Justice Administration from Columbia Southern University. The author lives with his wife and daughter near Pittsburgh, PA.

Mr. Hensley’s novel RESOLVE was named one of the BEST BOOKS OF 2013 by Suspense Magazine and was a finalist for Best First Novel at the 2014 Thriller Awards.  He is a member of the International Thriller Writers and Sisters in Crime.

You can buy his books at Amazon, Barnes & Noble, and IndieBound, plus you can visit his website, reading his blog, following on Twitter, or liking on Facebook.