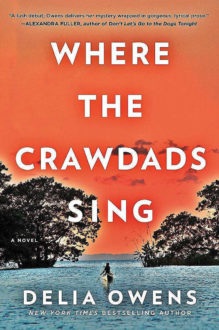 Kya Clark had every reason to believe the world was set against her. Left to fend for herself at the age of ten and forced to raise herself in a small, rundown shack in the marshes of coastal North Carolina, Kya lived life in the shadows. Despite her deep longing to step into the light, past experiences taught her that living on the fringe was safer. Yet, the basic human desire to connect with others had a strong pull, leading her down a path that precariously straddled the line between being seen and remaining invisible.

How much do you trade to defeat lonesomeness?

Where the Crawdads Sing by Delia Owens is, quite simply, a stunning novel. It is an incredible story of loss, loneliness, and the indomitable human spirit. Cast out by the community for her poverty and feared by children for being different, she ensconces herself in nature: the land, the water, and especially, the birds. With her identity so deeply tied to the land and sea, her two most reliable friends, it is impossible to tell where she begins and nature ends.

Yet despite the cruelties fate handed to her, there are some who see her and gift her with kindness. It’s impossible, after all, to survive completely alone, particularly at such a young age. Two young men, in particular, bestow her with the attention she craved all her life. But as with all matters of the heart, things are not quite what they seem, and Kya learns firsthand that for each action there is an equal and opposite reaction. Still, it was the small kindnesses of strangers that brought tears to my eyes, but it was the equally small cruelties that had me holding my breath, hoping for a miraculous change in circumstances.

Where the Crawdads Sing is notable for its unforgettable protagonist who proves that the human spirit can withstand nearly any obstacle, not to mention its lyrical beauty. But what is truly outstanding is how Owens manages to get to the core of humanity: the need to be seen and the need to connect (Sugar Run is another book that does this well).

Where the Crawdads Sing by Delia Owens is the story of loss, loneliness, and the indomitable human spirit.... and I couldn't put it down. Click To Tweet

With all that said, I would be doing the author and the book a disservice if I didn’t also take care to discuss the richness of the setting, which feels both real and imagined in its magic. This is a book that blasts the senses: I could smell the sea, feel the crunch of the leaves under my feet, and hear the vibrations of boats coming into the lagoon. It bears repeating that it’s impossible to see where Kya begins and nature ends, for they are so intertwined that one cannot exist without the other and is evident by the way the author seamlessly blends them together and the story soars as a result.

The result is a stunning novel of utter beauty in every way possible: its damaged and lovable protagonist, its descriptive scenery, and the shocking way the story unfolds. It’s easy to see why this one rocketed to the top of the charts and I am already eagerly awaiting her next book.

Recommended for: Readers who appreciate lyrical writing styles that blend damaged protagonists with a scenery-driven plot. 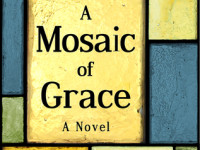