Happy Winter Solstice! Today is the first day of Winter and Summer is long gone, but you can always curl up with these great summer reads! Here’s a collection of some of my favorite beach reads.

Sometimes you pick up a book and know from the first few pages that you are going to love it. This is one of those books. Tigers in Red Weather is a story about family, marriage and obligations. It takes place over the course of two decades, beginning with the end of World War II and into the late 1960’s, and is narrated (in sections) by all five of the main characters. There is a murder, but that fact is both omnipresent and unimportant at the same time. Sounds cliché, I know, but the book is really much better than the description I’m giving!

A social satire, Seating Arrangements is a wonderful debut novel by about the Van Meter family, who comes together for the wedding of their pregnant daughter to another socialite from the Duff clan. With clandestine affairs, falls from grace, and secrets abound, the weekend unfolds in the most unlikely of ways.

Taking place on the exclusive New England island of Waskeke, no character is left untouched. With the exception of the bride and groom, who defied the proper order of things by becoming pregnant before the wedding (and having the audacity to get married with her belly bulging), the family is pitifully hilarious.

The House of Tides by Hannah Richell

The House of Tides tells the story of a family’s decade-long recovery after a tragic event leaves them reeling from unanswered questions. Told through the alternating views of Dora, her sister Cassie, and their mother, Helen, it weaves a story of sadness, betrayal, and redemption.

I recommend this book to anyone who enjoys British writers and stories with alternating perspectives. I tend to read a lot of these books and very few authors can do it without forgetting to tie up some loose ends. Richell, however, can do it – and she does it well!

The World Without You by Joshua Henkin

Poignant. Heartbreaking. Touching. There are a lot of words I could use to describe this book, but the one that seems the most applicable is familiar. The World Without You is about a family that is falling apart after the death of their son, brother and husband, Leo.

Captured and killed while working as a journalist in Iraq, Leo’s funeral was overridden by the press one year earlier and the family has chosen to memorialize him in a small ceremony in his favorite Berkshires town in Massachusetts. Told through alternating perspectives, The World Without You holds nothing back in its portrayal of a family that is slowly disintegrating.

Rules of Civility by Amor Towles

This one is unputdownable and downright amazing. Told from the viewpoint of Katherine Kontent, it documents a year of her life and the various players that weave in and out of it, most notably Evey and Tinker. It questions loyalties, social standing, and life choices.

While most books require a lead-in to the main story, Rules hits the ground running. I was almost halfway done with the book before I realized that there was not an identifiable introduction (there is a prologue, but I flipped pages so quickly that I didn’t realize this until later). The characters, all rich and fully-developed, are so real that when I came up for air I needed to reorient myself to the 21st century because I was so caught up in the life and styles of the 1930′s (I may even have to start saying ‘capital!’ instead of ‘fantastic!’). 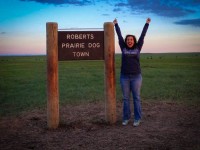 Road Trip to the Badlands 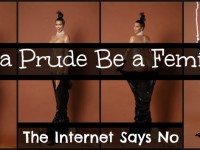 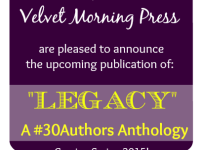 Announcement! #30Authors Is Going to Be a Book! 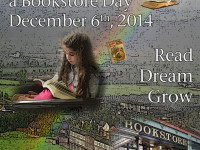