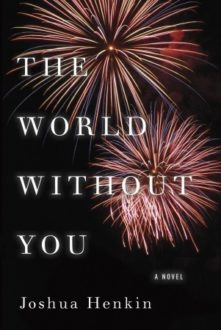 The World Without You by Joshua Henkin
Also by this author: Matrimony
Published by Pantheon on June 19, 2012
Genres/Lists: Fiction
Pages: 321
Read synopsis on Goodreads
Buy the book: Amazon/Audible (this post includes affiliate links)

Poignant. Heartbreaking. Touching. There are a lot of words I could use to describe this book, but the one that seems the most applicable is familiar. This is not because I can identify or even begin to imagine what the family has been through, but because the characters were all so very approachable. Rarely does a book draw the reader into the folds of its story so seamlessly as this one does.

The World Without You is about a family that is falling apart after the death of their son, brother and husband, Leo. Captured and killed while working as a journalist in Iraq, Leo’s funeral was overridden by the press one year earlier and the family has chosen to memorialize him in a small ceremony in his favorite Berkshires town in Massachusetts. Told through alternating perspectives, The World Without You holds nothing back in its portrayal of a family that is slowly disintegrating.

Everyone in this book is important and intriguing in their own way, but here is a snapshot of the most interesting:

The author, Joshua Henkin, does a wonderful job of navigating the waters of real family battles while respecting the perspectives of each. There were no favorites, nor were there any overly dramatic moments to sully the underlying tone of authenticity.What I love about this book is that it is relatable. Anyone who has argued with siblings or felt chastised by in-laws will be able to identify with this book, whether or not they have lost a close family member. It oozes sincerity without the cheesiness that often accompanies that emotion, and it has moved into one of my favorite books of the year. 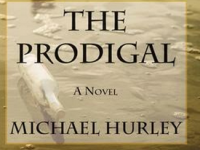