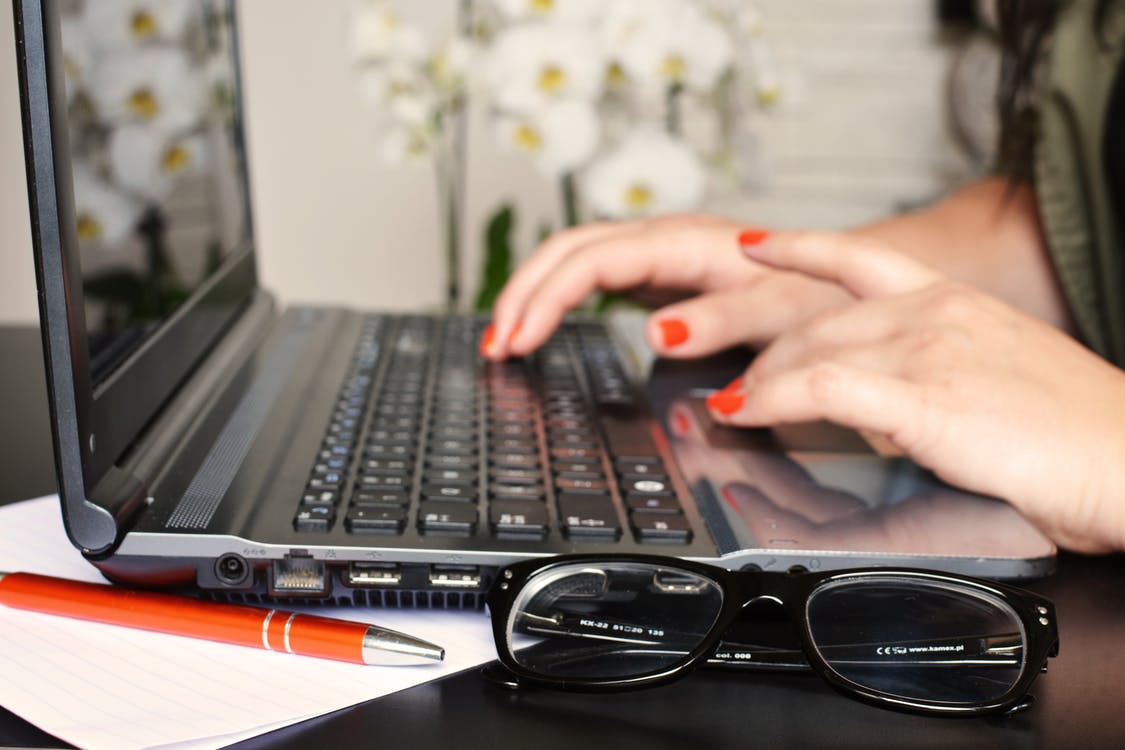 “Oh, you’re a writer? I want to write a book someday. But I’m just too busy.”

“Maybe I’ll do that when my children are grown. But right now, I’m just too busy.”

“We have soccer on Monday, swim on Tuesdays, piano on Wednesdays…”

I hear this All. The. Time. And I’ve begun to think that busy is a disease that is slowly killing us.

Busy is in the eye of the beholder. I have four children. I homeschool them all, I run a real estate business with my husband, do property management, read at least one book a week, and have just completed writing my third novel.

Yea…I know the meaning of the word. But I don’t have any special superpowers. I just prioritize what is important to me.

A friend once suggested that there is no such thing as finding the time to do something. You have to make the time. It doesn’t fall out of the sky from a Time Fairy who grants us extra hours to pursue our dreams.

I’ve been asked, out of all that busyness, how I managed to write my first novel, THE MEMORY OF US. Here’s the truth, unvarnished, as they say. I sacrificed sleep for writing. For six weeks, I stayed up until about three in the morning. Yes, I felt destroyed. Yes, I had to slug through the following days. But at the end, I had a first draft, the saw the two little words I’d always wanted to see: The End.

Maybe that was extreme, and it doesn’t have to be like that. I’ve learned a lot of other ways to carve out time since then. But for those six weeks, I knew what was important to me and what it would take to get there.

Is that a little much for you? What about getting up a half hour earlier? A motivated writer could easily write five hundred words in that time. Five hundred words with a goal of a novel length of 80,000, and you could have a draft finished in less than six months. Does that still sound like too much? How about a goal of a page a day? In less than a year, you would have a complete draft. Surely, you can write a page a day.

Now, that doesn’t mean it’s going to be a good page. We’re talking draft here. On future days, you can set an editing goal. But it’s important to just get it done! Get the story out of your system and you will feel a sense of accomplishment that will drive you to take it to the next level. And the next. And the next.

My grandmother was a big inspiration for my writing. Why? Because she couldn’t finish anything. I mean, anything. She had creativity pouring out of her, but she moved to the next project before finalizing a previous one. She often talked about the book she wanted to write – Home is Where? – in which she narrates her life as a military wife and the thirty-seven moves that they made. Fascinating! I was dying to read it! But, she never finished it. She moved on. To the next thing she didn’t complete.

When I cleaned our her house out after a move to assisted living, I found scores of half-filled journals and notes, and a fear grew in me that if I always told my children that I wanted to write, but I didn’t do it, what kind of example was I leaving? What kind of legacy?

I didn’t want my grandchildren to find a bunch of novels, started and stopped, collecting dust on garage shelves. I wanted them to see that I’d done it – not merely for my own sake, but for theirs – so I could show them what it meant to work hard and to persevere.

Looking at the future of a career in novel writing ahead of me, I encountered the proverbial fork in the road. I could continue to be a successful real estate agent or I could be a full-time writer. But I couldn’t continue to do both things well. My massage therapist told me that I was showing signs of being pre-heart-attack.

I asked myself: what did you want to be when you were growing up? What did you imagine for yourself when you were the schoolgirl in the plaid uniform sitting quietly in the library during recess?

A Realtor or a writer?

Writer. Every, every, every time. It was time to make the plunge. So I let my license go., although I still manage the office with my husband. And I committed to writing full time.

Now, I’m seeing the end of busy, and we make calculated decisions about what goes on the calendar, despite all that is still on our plate. I learned to become fluent in the word “no” and I have so much peace for it.

What it takes to make it work for you will be different than what it took for me. But you’ll find that if you prioritize your dream, calendar clutter can disappear with discipline and you can carve out the time you need to make it happen.

I hope you do, because I look forward to reading what you write.

Camille Di Maio always dreamed of being a writer, and those dreams came true with her bestselling debut novel, The Memory of Us. Her second novel, Before the Rain Falls, was released this past Spring. In addition to writing women’s fiction, she trains in tae kwon do, buys too many baked goods at farmers’ markets, unashamedly belts out Broadway show tunes, and regularly faces her fear of flying to indulge in her passion for travel.

She and her husband homeschool their four children and run an award-winning real estate office in San Antonio, Texas. She currently lives in Williamsburg, Virginia. Connect with her at www.camilledimaio.com.

About Before the Rain Falls 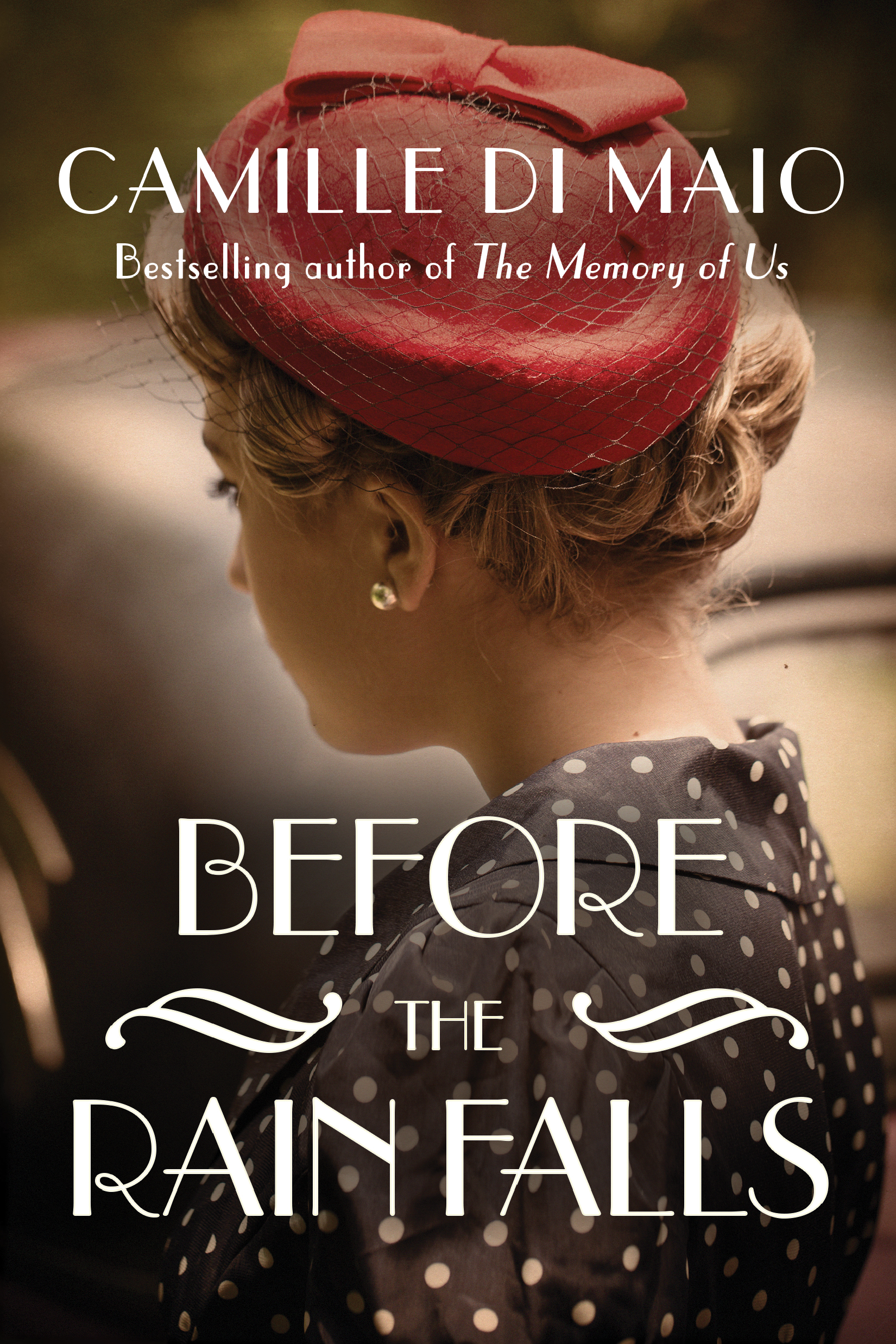 After serving 70 years in prison for her sister’s murder, Della Lee has returned home to the Texas town of Puerto Pesar. Free of confinement, she’s ready to tell her secrets–before it’s too late.

She finds a willing audience in journalist Mick Anders. Reeling after his suspension from a Boston newspaper, Anders is in town, reluctantly, to investigate a mysterious portrait of Della’s sister, Eula, that reportedly sheds tears. He crosses paths with Dr. Paloma Vega, who’s visiting Puerto Pesar on her own mission: to care for her ailing grandmother and rescue her rebellious younger sister. Paloma and Mick each have unique reasons to be in the hot, parched border town whose name translates as “Port of Regret.” But they could never anticipate how their lives will be changed forever.

This dual narrative alternates between Della’s dark ordeals of the 1940s and Paloma and Mick’s present-day search for answers―about roots, family, love, and what is truly important in life.