You Are a Badass: How to Stop Doubting Your Greatness and Start Living an Awesome Life by Jen Sincero
Published by Running Press on April 23, 2013
Genres/Lists: Non-Fiction, Career
Pages: 256
Read synopsis on Goodreads
Buy the book: Amazon/Audible (this post includes affiliate links)

If you’ve ever taken stock of your life and realized that you aren’t living the life that you want, then this is the book for you. Although career-focused, You Are a Badass: How to Stop Doubting Your Greatness and Start Living an Awesome Life by Jen Sincero can be applied to any aspect of your life, including work, marriage, and volunteering. Much of what she says isn’t new, but her frank manner packs a punch and will leave you doubled over, only to stand up straighter and ready to take on the world.

You Are a Badass is technically a self-help book, offering advice for how to see your life through fresh eyes, find your passion, and live the life you want, but it’s so much more than that. She also explains why we get stuck in the ruts we do, grants us a spectacular insight into our relationship with (and fear of) money, and basically kicks all excuses to the curb. If you’re not left inspired to make changes in your life, then you didn’t pay attention to the book and should read it again.

As for me, the book gave me the kick in the rear I needed and changed my life. Within days of finishing the book and putting it out there in the universe that I wanted and deserved better, positive things happened in my life. Within 3 months, I had a new job, was accepted to a great program for women’s leadership, and started doing some freelance work. Sure, it may have all been a coincidence, but I’m choosing to believe that it’s because I changed my attitude and the universe responded in kind.

I also started looking at time differently. I’m prone to saying, “I don’t have time for this,” but as Sincero points out – we always have more time than we think we have. For example (from the book), someone may say they don’t have time to clean their office, but they have the time to waste a half hour looking for something lost in that office. Therefore, this person had the time, they just chose not to utilize it efficiently. When I think about this statement, and I mean really think about it, I realize that I have a lot more time than I think I do. Come to think of it, this same concept can apply to money….

So continuing on that note, here are a few other lines from the book that really resonated with me (and trust me, this is only one iota of the amazing advice in this book):

Pretty powerful stuff, right? Punctuated with stories of her own personal failures and successes, You Are a Badass walks the reader through Sincero’s own path to where she is right now (which may change because, after all, we have many callings in life and that’s okay). The only thing I struggled with at the beginning was the emphasis on the importance of faith, but because her advice is not necessarily to believe in God, but rather to believe in something bigger than yourself (like the universe), it ended up a non-issue.

As for me, I’m ready to start kicking butt and taking names.

Recommended for: Anyone who wants more in life and needs a swift kick in the rear. 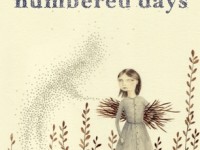