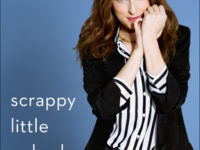 A few years ago, I watched a movie titled Pitch Perfect and was utterly charmed by the protagonist, Beca, played by Anna Kendrick. I didn't know anything about her - not her past acting jobs nor her personal story, but she was hilariously endearing in an awkward way that we can all relate to. In the years since, she has made a name for herself both professionally and … END_OF_DOCUMENT_TOKEN_TO_BE_REPLACED

Megyn Kelly - how much do you know about her? If you're like me, the answer is not much except for the fact that she hosts her own show on Fox News and that Donald Trump released his rage on her during the presidential election. The attacks she was subjected to leaves many of us extending our sympathies to her, but before you feel too bad for her, know that she doesn't play the … END_OF_DOCUMENT_TOKEN_TO_BE_REPLACED

A couple of years ago, I read a powerfully moving book titled Etched in Sand. It's the story of Regina Calcaterra and the abuses she and her four siblings endured at the hands of their mother and the utter failures of the foster care system. It's a heartbreaking story that is hard to read but also showcases the power of perseverance. In her book, Calcaterra carefully … END_OF_DOCUMENT_TOKEN_TO_BE_REPLACED

20/20 host Elizabeth Vargas penned a memoir about her battle with alcoholism, beginning with her anxiety as a child and her whirlwind career as a television anchor. Filled with insecurities, Vargas turned to alcohol first to unwind, then to cope with the stresses of life. In this breathtakingly honest memoir, she shares her deepest and darkest moments, including when and how … END_OF_DOCUMENT_TOKEN_TO_BE_REPLACED 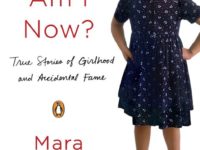 At a young age, Mara Wilson became a Hollywood darling. She is perhaps best known for her role as Matilda, the movie that inspired book memes and gifs around the world, but she also rose to fame in Mrs. Doubtfire and Miracle on 34th Street. Unlike many child stars, Mara did not go down the path of self-destruction via drugs, sex, and alcohol, but her time as a child … END_OF_DOCUMENT_TOKEN_TO_BE_REPLACED