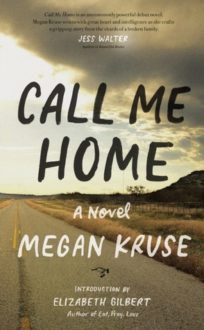 Sometimes you need a book that you can curl up with and escape the world with and Call Me Home by Megan Kruse is just such a book. The short and skinny is that it’s about a woman named Amy who has tried to flee her abusive relationship several times, only to finally succeed when her son is 18 and her daughter is a young teenager. Life in an abusive home has affected each member of the family differently (such as her son’s newfound independence and her daughter’s growing resentment), but for Amy, escaping meant breaking up her family. The synopsis makes it sounds a bit like Sophie’s Choice and while it’s not nearly that dramatic, the implications of her choice set into motion a series of events that will leave no one untouched.

That said, this is really a book about Amy’s son, Jackson. A gay teenager who flees to Idaho after being left behind by his mother and sister, Jackson struggles to deal with both the aftermath of his newfound “freedom” and to chart out a new future for himself. Working on a construction crew and entering into an affair with an older man on the crew, Jackson spends his days learning all of life’s lessons at once, both the good and the bad. So while other characters are included, there’s an emphasis on Jackson’s story and it works (he’s really the most interesting character, anyway).

If you're looking for a book about the dark side of real life, read Call Me Home by @MeganNKruse Click To Tweet

The writing style is very somber but also very suitable to the story itself. Kruse spends most of the book following Jackson’s sexual awakening, experiences, and allows the reader to walk alongside him as he comes into his own. Not every experience is pleasant, as you can imagine, but it is hopeful, which offers a strategic counterbalance to the sadness that pervades throughout the book and brings the book up a level.

The only downside is that it left me with some unanswered questions (telling you them will spoil the book, so I won’t go into them), but they are questions that open the door for a great sequel and I’m hoping that’s what the author will decide to do.

Recommended for: Readers who enjoy books about the darker side of life but with some hope woven throughout.

What “dark” book have you read recently? 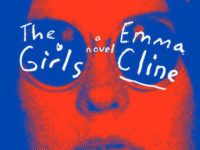