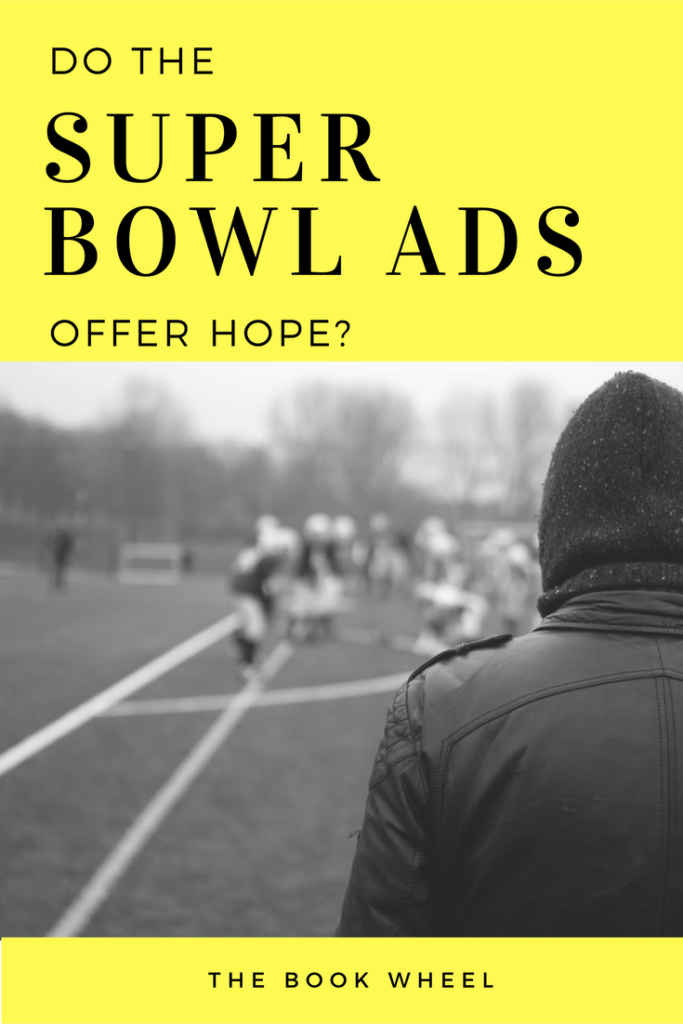 I look forward to the Super Bowl every year. Not because I care about the game (I did read Concussion, after all) but because it gives me uninterrupted reading time. From time to time, I’ll look up to watch the commercials but I don’t worry about it – I know Twitter will tell me which ones to pull up on YouTube. But this year I actually tuned in. Okay, well, I tuned into the commercials. I knew that there were a few controversial ones and wanted to see what all of the fuss was about. I expected some heartfelt ones, but I didn’t expect to end the game feeling anything other than relief that another season is over.

I was wrong. Not only did I burst into tears when George H.W. and Barbara Bush were driven onto the field, but I ended the game feeling optimistic about the future of our country. The past few months, particularly the past few weeks, have been the most divisive in my lifetime (that I can remember). We have become a country divided over basic values, including hard work, perseverance, and diversity. Many have shucked inclusiveness in favor of fear-mongering, and we are heading down a perilous path.

But this game, the biggest game of the year, became a platform for inclusiveness, empathy, and standing up for what is right. It opened with Hamilton cast members, who had words for Mike Pence a few months ago, singing American the Beautiful and replacing brotherhood with sisterhood. We had Lady Gaga, arguably one of the biggest advocates for diversity and LGBTQIA rights, perform the half-time show. We had Audi promoting equal pay for equal work, Budweiser highlighting that even an immigrant can invent America’s beer, and then there was that stunning 84 Lumber ad that Fox banned from airing in full. I’m sure I’m missing some other moments (tell me about them in the comments!), but to see that there are companies willing to throw millions of dollars behind a message of optimism and inclusiveness was a welcome respite.

So while I may not be a football fan, I must say bravo to those who worked to promote positivity through one of the biggest spectacles of the year.