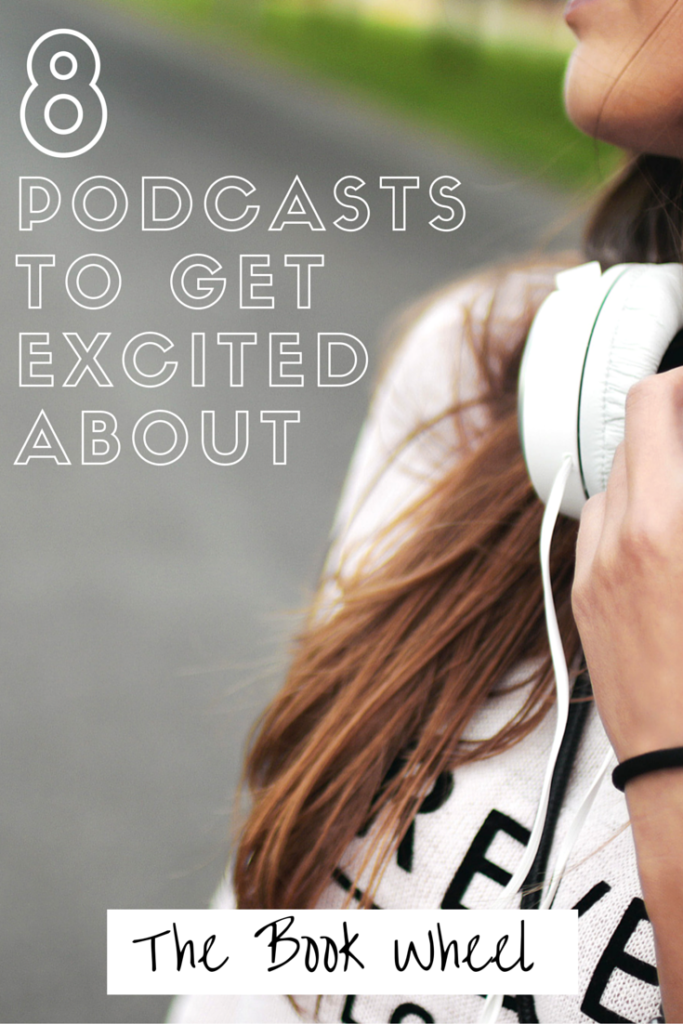 I’ve recently begun to get back into podcasts and I have to say – I’ve missed them! I used to listen to podcasts fairly regularly but the past year or so I’ve shifted my focus to audiobooks. This is a good thing but I missed the shorter segments that allowed me to listen to something from start to finish on the drive to work. When I decided to jump back into the podcast game, I learned that there are a ton of great listens I was missing out on. Some are new and some are ones I forgot about, but below are 8 podcasts that I’m eager to get back into. I hope it helps you find your next addiction, too! (All podcast title images courtesy of iTunes).

The author of Outliers and The Tipping Point has a new podcast that, according to its website, “will go back and reinterpret something from the past: an event, a person, an idea. Something overlooked. Something misunderstood.” It first aired in June 2016 and is already garnering a lot of attention. I knew I wanted to listen to this one as soon as I heard about it but recent news articles have me even more intrigued. In a podcast titled “Food Fight”, Gladwell goes after Bowdoin College in a discussion about how college food costs eat away at financial aid. Although I didn’t go to a private liberal arts college known for its dining experiences, I did go to a private school for my Master’s degree and am curious to hear the rest. See episodes.

I absolutely loved The Year of Living Biblically by A.J. Jacobs, so suffice to say I’ll give anything he does a go. I haven’t been able to find much about his new podcast, but according to the Nieman Journalism Lab at Harvard, it “explore connections between two disparate people.” Because Jacobs like to push the envelope, I imagine the people selected will come from different races, ethnicities, financial backgrounds, etc. With our world so divided right now, I’m hoping this will be a show that demonstrates how we, as human, are interconnected, but I actually have no idea what it will be like.

I love NPR but I admit, I haven’t been reading or listening to it as much as I should be. This is partly because I have Sirius XM and listen to the POTUS channel a lot, but it’s also because I’ve been trying to avoid anything considered mainstream because it’s so biased and cyclical nowadays. But NPR generally manages to stay above all that mess and I forgot that in my quest to avoid it. A few weeks ago, I got back on the wagon with the NPR Politics podcast and it’s the perfect length of time for my pre-workout treadmill time. I’m also getting into NPR’s Planet Money, especially when they did an episode that featured 2 Live Crew. It may have been this latter part that re-hooked me. See NPR Politics or Planet Money episodes.

Trying to decide which #podcast to listen to next? Here are 8 to get excited about. Click To Tweet

Books on the Nightstand

I used to listen to Books on the Nightstand a lot but for some reason I stopped a few months ago. This tends to happen when I get too many episodes on my TBL (to-be-listened) list and become so overwhelmed that I shut down the app and flee in a panic. But when I started looking for podcasts again, I was excited to get back to one of my trusted favorites. Unfortunately, they aired their last episode on July 7 and while I have several backlogged to keep me going for a while, I’m sad that I won’t be able to listen to them in the future. If you’ve never checked out the podcast, rest assured that there are almost 400 episodes and you can still spend a year listening in. See episodes.

I may be one of the few people left who listens to podcasts but hasn’t listened to Serial. I actually don’t know much about the podcast other than that it’s about a guy named Adnan Syed who was convicted of murder and was recently granted a new trial after new evidence was found. My sister raved about it and Twitter was abuzz with it, so I’m looking forward to seeing what all the fuss is about.  See episodes.

I don’t know how this one flew under the radar for me but I’m glad I’ve found it. Each episode is a conversation/interview with a different author, many of whom I’ve read and enjoyed. What’s even more exciting is that there have been several #30Authors contributors and recommendations on the show, including Adriana Trigiani, Jacqueline Winspear, and Regina Calcaterra. Sadly, it looks like this bookish podcast is also off the air but it’s definitely worth checking out, anyway. See episodes.

Presidential is a podcast from The Washington Post that highlights a president each week. According to their site, “In each weekly episode, “Presidential” examines the leadership style of one American president, starting with George Washington and ending with the 45th president, when he or she is elected into office on November 8th. Specials guests have included legendary Washington Post journalist Bob Woodward and Pulitzer Prize-winning historian David McCullough.” As a policy wonk who finds elections to be more tense and exciting than the Olympics, I am stumped as to how it took me this long to find this one. See episodes.