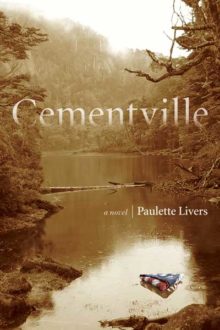 On a stormy day in May 1969, seven coffins and one war-torn veteran were brought home from Vietnam to the small town of Cementville, Kentucky. So begins this “semi-autobiographical” story by Paulette Livers, who grew up in Bardstown, Kentucky – the real-life town with the highest per capita loss from the Vietnam War in the United States. Drawing on her personal experiences with the devastating effects of the war, Livers has crafted a fictional world that is very much rooted in her own.

In 1969, Cementville (aptly named for the cement plant that drove the local economy) was a town in decline. Its boys were off at war, some willingly and some unwillingly, and the production levels at the plant were slowing down. As the town quietly adjusted to a new way of living, the shocking deaths of seven of their own and the amputation of another lit a match under the already simmering tensions. First, there is the Ferguson family – a large brood known for their drunkenness, promiscuity, and domestic violence. Second, there are the questions surrounding the death of a homeless man several years prior that was presumably committed by Carl, who recently returned from an involuntary stay at a mental health facility. Lastly, there’s the inquisitive young Maureen, who learns more by listening in the background than asking questions directly.

“So much had changed in the span of one summer. The world was becoming a place where she might never feel home again.”

Together, these characters (and several others) tell the all-to-common story of how a small, close-knit town can be torn apart following a tragedy. But more importantly, it shines a light on the horrors of war and its aftermath. Although the town is reeling from their losses, it is the returning veterans that suffer the most. Trying to assimilate and suffering from PTSD, those who survived the war returned home only to begin a new one. Staving off curiosity, assumptions, and accusations, the veterans are forced to come home to a home that perhaps no longer exists.

Cementville by @pliverswriter is the story of a town devastated by the Vietnam War. Great read! Click To Tweet

So with all this sadness, what’s so great about this book? Aside from the typical reasons (such as wonderful writing style, interesting characters, and a dynamic story arc), it’s the fact that it’s cemented in reality that makes it so engaging. In 1969, PTSD was not something that was talking about or diagnosed and returning veterans and their families were forced to pave their way through the thicket without the knowledge and guidance we have today. Cementville, in addition to being a wonderful story, shines a light on the importance of taking care of those who come home and, ultimately, the importance of community.

Recommended for: Anyone who can handle the reality of what it was like for returning vets in 1969. The book itself is pretty sanitized but if you know anything about history, this one will hit you right in the gut.

What book about returning soldiers do you recommend?