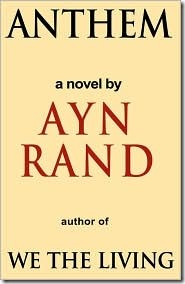 Oh, Ayn Rand – you get me every time. Here’s the thing – I like her books. I don’t necessarily agree with her politics and I certainly don’t agree with some of her extreme views, but I do like her stories. Like them or not, they are thought-provoking and entertaining. If you extract Paul Ryan from the equation, her books are actually informative and (gasp!) not going to harm you if you read them. They are, ultimately, just stories. And, Anthem was no exception.

At its core, this book pits collectivism against individualism. Set far in the future, Anthem takes place in a post-individualistic age where everyone works for the greater good of everyone else. There is no individual achievement and there is certainly no higher learning for just a few people. The basic gist of the book is that one person (Equality 7-2521) decides to break the mold and seek knowledge on his own. Chastised by his “friends” (everyone is equally friendly), Equality 7-2521 defies the laws and begins to learn.

In classic Rand style, Equality 7-2521 faces a few common dilemmas that tend to show up in all of her novels. He meets a woman that makes him question everything about himself, is chastised for his individual knowledge, and is forcibly exiled by society for failing to follow the collectivist traditions (this is a time when the word “I” is punishable by death). And, of course, the reader is left asking themselves whether working for the common good is noble or stifling.

Like I said, I like Ayn Rand’s books. And let’s keep in mind that things were a bit different back in the mid 1930’s and government regulation and social programs were on the rise (remember FDR and the New Deal?) Anyway, I’m sure someday this will be used against me because we all know how much the media pundits like to harp on Ayn Rand as the end-all-be-all of free trade and capitalism in America, but her books are good reads. Just step away from the politics (which is much harder now thanks to Paul Ryan) and read it as a story. 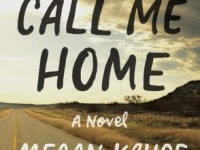