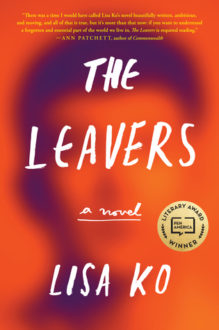 In the fifth grade, Deming’s mother disappeared. An undocumented Chinese immigrant, she went to work one day and never came home. It’s easy for us, the readers, to speculate about what happened, but for Deming, the disappearance was as shocking as it was nonsensical. Soon, he was adopted by a white family in another city and taken away from the only home he knew. These events resulted in a split in his life – before and after. For after he was adopted, he was given a new name (Daniel) and began to shed his Chinese identity.

Fast forward ten years and Daniel, now 20, is struggling. An aspiring musician who finds solace in his craft, Daniel is trying to make it in the big city after a string of bad choices. But even there, amongst his peers with similar passions, he feels out of place. This feeling of not belonging plagued Daniel for the latter part of his life. Instead of spending his teenage years forging his own identity, he spent them observing others and mimicking what he thought was “normal” (this straddling of two identities was also prevalent in Searching for Sylvie Lee by Jean Kwok).

Never had there been a time when sound, color, and feeling hadn’t been intertwined, when a dirty, rolling bass line hadn’t induced violets that suffused him with thick contentment, when the shades of certain chords sliding up to one another hadn’t produced dusty pastels that made him feel like he was cupping a tiny, golden bird.

So, when Daniel’s mother emerges as more than just a distant memory, he has little choice but to follow the trail and see where it leads. In doing so, his precarious sense of self begins to crumble and he is forced to face the truth about his past, his present, and re-imagine his future. Is he Deming, the son of a Chinese immigrant who honors his culture and traditions? Or, is he Daniel, the son of white adoptive parents who shed his earlier self in favor of trying to fit in? Or, is the answer somewhere in between?

The Leavers is an incredible novel that explores these questions and weaves together several different stories. First, it’s about families abruptly torn apart and the lifelong trauma that can have. Daniel’s uncertainty about who he is and where he belongs stemmed from his mother’s disappearance. While the driving story within The Leavers is Daniel’s reckoning with himself, it draws on a variety of experiences that the reader will have an emotional reaction to.

Beautifully written and with layered characters, #TheLeavers by @iamlisako is a fantastic read highlighting parts of the immigrant experience. Click To Tweet

It’s also about the challenges around multi-racial and multi-cultural adoption, particularly when the child is older. Daniel’s adoptive parents meant well but subscribed to the idea of color-blindness. By trying to raise Daniel in the absence of any particular identity, they stripped him of his name, history, and roots. This erasure proved to be a persistent source of inner turmoil for Daniel, even if this wasn’t their intended effect. Rather, his perpetual desire to fit in left him feeling like a failure – something he almost reveled in, as if it confirmed what he knew about himself all along.

Beautifully written and with layered, complex characters, The Leavers is a fantastic novel that I highly recommend. The ending was a bit rushed (a few plot lines were glossed over and never quite made it over the finish line) and I wish his relationship with his adoptive parents had been more fleshed out, but neither of these detracted from the overall story. It’s the first novel that I’ve read with this particular approach to the immigrant experience and I found it both compelling and heartbreaking. Deming will certainly stay with me for a long time.

Recommended for: Readers interested in a coming of age story about a young first-generation American straddling two identities. 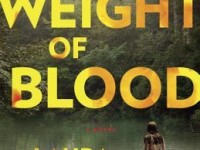