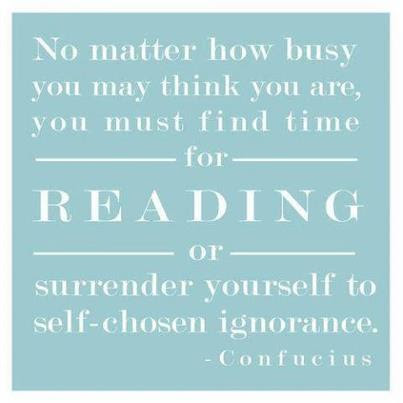 As I was perusing the Book Riot site, I came across a post titled “Knock it Off About Not Having Time to Read” and it reminded me of a post that I have had sitting in my “to be published” folder for a while. In honor of this other post, I decided to share my very similar thoughts. Here is a snippet of the Book Riot article:

It is, quite possibly, one of the most condescending things a person can say to an avid reader. I’ve said before that when someone asks me how I find time to read, I hear:
“I’m a self-important windbag who is really busy with all the important things that occupy my very precious (and important) time I have so very little of that I must spend it doing important things importantly.”

I recently had a conversation with a friend and she was telling me that she’d like to read more but just doesn’t have the time. I hear this line all the time. This is a concept I just don’t understand. How can you not have the time to do something that you want to do? Especially something that doesn’t require leaving the house?

In all honesty, I don’t begrudge those who don’t like to read. I spent a lot of years judging people who didn’t like to read and then I married a man who would rather lay his head on the chopping block than read a book. He set me straight pretty quickly! But, he’s always been honest about the fact that he hates to read books (throw him a manual for something, though, and he’s all over it).

The problem with people telling me that they don’t have time to read is that I start offering advice about how to make time. Or suggesting books that they can put down and pick up whenever they want. I feel the need to share the awesomeness of the books that are able to fit into their busy lives. But for some reason, these people who just, “don’t have the time to read” don’t seem at all appreciative of my well-intentioned advice!

And then I figured it out. It’s because this line is a cop-out. It’s 100% a way to get out of having a conversation about why someone doesn’t like to read. Saying that you don’t have the time is much easier and more widely accepted because, hey, we’re all busy!. It’s like hearing the, “I don’t have time to educate myself on the presidential candidates” line. It assumes that being busy is a valid excuse because, Hey! We’re all busy! I’ll understand! But I don’t. I don’t understand because I can’t fathom going a whole day without reading at least a few pages of a book.

If someone really wanted to read a book, they would make the time. They would not spend 4 hours a day on Pinterest pinning ideas for the wedding they already had or the baby they had 5 years ago (I’ll never understand this)! Or, they wouldn’t take the time to upload an artsy picture of every meal they ate that day. Or they wouldn’t waste their time watching Real Housewives, Toddlers and Tiaras or any of the other terrible reality shows on television.. Because these are hours (I repeat, hours) that could be spent reading a book.

So from now on, I will not judge people for not liking to read, so long as they are honest about it (okay, I’m still working on it, but I’m trying). But if you tell me that you don’t have the time, know that I know it’s just an excuse. And even though I know this, I will be pushy. I will offer advice on how to make the time and I will suggest books that I think you will like and that you can put down and pick up again easily.

In short, I am not going to change how I do things. But, I AM ON TO YOU!