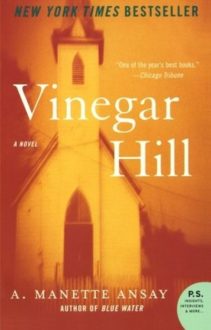 Vinegar Hill by A. Manette Ansay tells the story of Ellen, a young woman who is forced to move in with her in-laws after her husband loses his job. Chastised for wanting a college education and never quite good enough in the eyes of her mother-in-law, Ellen chooses to support her husband by silently accepting the decisions he has made for their family.  Set in the early 1960’s, when leaving a marriage was nearly unthinkable, the reader is able to walk alongside Ellen as she lives day to day with her distant husband, violent father-in-law, and subtly cruel mother-in-law. Although Ellen is the main character, various chapters give the reader a glimpse into the minds of the other characters, including the children, which allows for a bit of balance and empathy for the others.

When I finished reading Vinegar Hill (an Oprah Book Club pick in 1999), I couldn’t shake the image of a volcano with lava slowly pouring out of it and cascading into neighboring areas. This is not because there are any volcanos or natural disasters in the book, but rather due to the author’s way of telling the story with an underlying heat and a slow and smooth style of writing. At its core, each character is angry and trying to make sense of their current situation. Their angers are bubbling just below the surface and reach out to touch each of the other characters in ways that they don’t anticipate or recognize. Despite each character having their own struggles, they all boil down to their current living arrangements, which has magnified their individual issues into a toxic atmosphere in which each person is feeding off of the negative energy of the others.

Despite the steady flow of the book, there were a few story lines that were left unfinished. Granted, they weren’t vital to the story as a whole, but they incited some empathy in me for some of the characters and I was left wondering whether my empathy was misplaced. Vinegar Hill is a book that can be read in one sitting, preferably on a cold or rainy day.  It’s melancholy and realistic portrayal of a difficult marriage in the early 1960’s is heartbreaking and, I can imagine for those a bit older than me, a familiar story.

Side note: After reading an interview with the author, I learned that she was in a similar living situation. This added a depth to the book that was not previously there and made me look back on the book even more fondly. 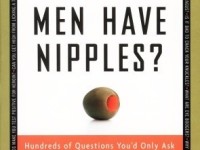