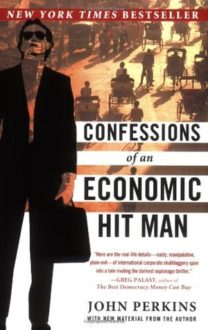 Confessions of an Economic Hit Man is so unbelievable that it’s entirely believable. An economic hit man? A guy dashing around the world and inflating loan estimates in order to leave countries in debt to the US? Wielding economic influence in order to build a reserve of countries who have no choice but defend us? Helping a country build themselves up only to take advantage of them? No way! But like I said, it’s so unbelievable that it’s believable.

I saw this listed as a recommended book by the Tattered Cover, so I knew it had to at least be decent without even reading the jacket. At first, I was a little unsure about where the book was going because the author, John Perkins, was groaning about his privileged upbringing and high-powered connections, so I thought, “Oh, he’s one of those guys.” BUT, because he at least recognized that he had said privileges, I knew he was off to a good start.. And I’m glad I stuck it out because I learned a lot and the author had the good sense to show remorse later on. You know, after  he figured out all of the awful things that occurred in part due to his actions (but not after spending years battling his conscience and raking in millions).

Regardless, the book is extremely intriguing. He spends a lot of time blaming (while accepting his part in it) the “corporatocracy” for how it is ruining lives worldwide. He’s anti-Reagan and pro-Carter, which is evident in his explanations of the Panama Canal and oil dependence. Some of what he talks about (assassinations, the Panama Canal treaties, OPEC, etc.) are so sensational that I spent hours researching the conflicts he brought up. But it’s definitely worth it.

Anyone interested in international relations, the economy or democracy should read Confessions of an Economic Hit Man. Even if you don’t agree with the author, the issues that he brings up are very pertinent to today’s current events. I spent a lot of time doing my own research based on things that were mentioned in the book, and I can honestly say that I have a better understanding of how the international economy works now than I did before. And even if you aren’t inspired to share the knowledge, it’s information that you cannot un-know and ignore. So, go learn something! 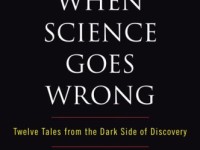